skip to main | skip to sidebar

took my laptop and tablet out on a little field trip to a small and friendly open mic night, first attempt at live sketching digitally: great success. 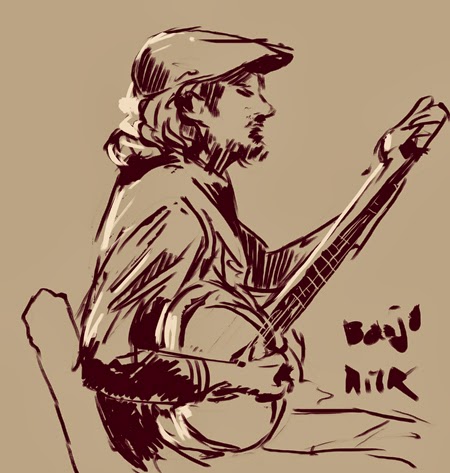 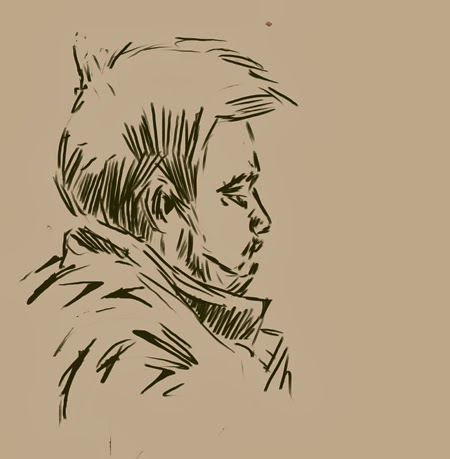 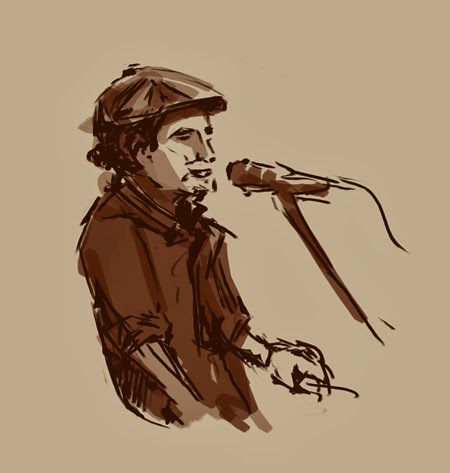 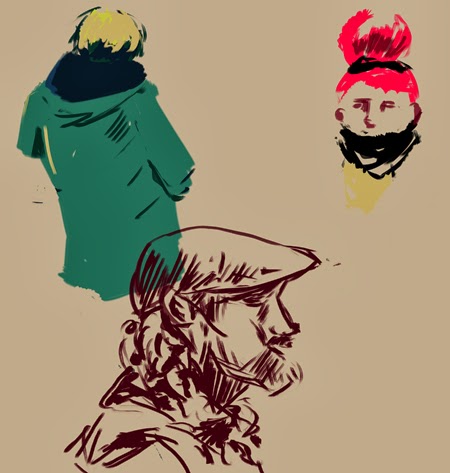 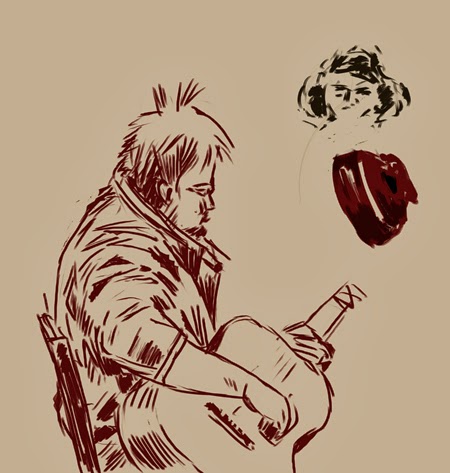 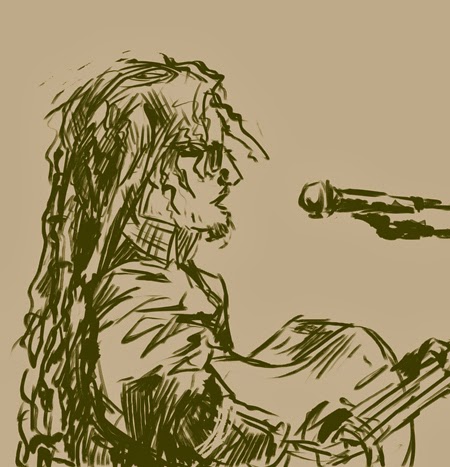 this one was my first go, I used a 'pencil' custom brush but didn't quite get on with it. 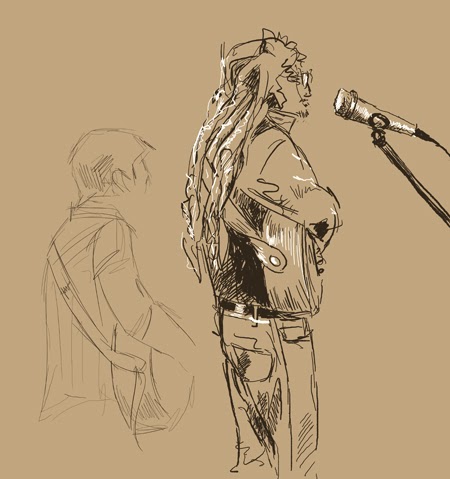 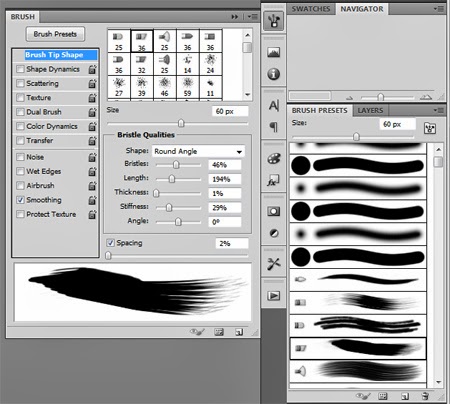 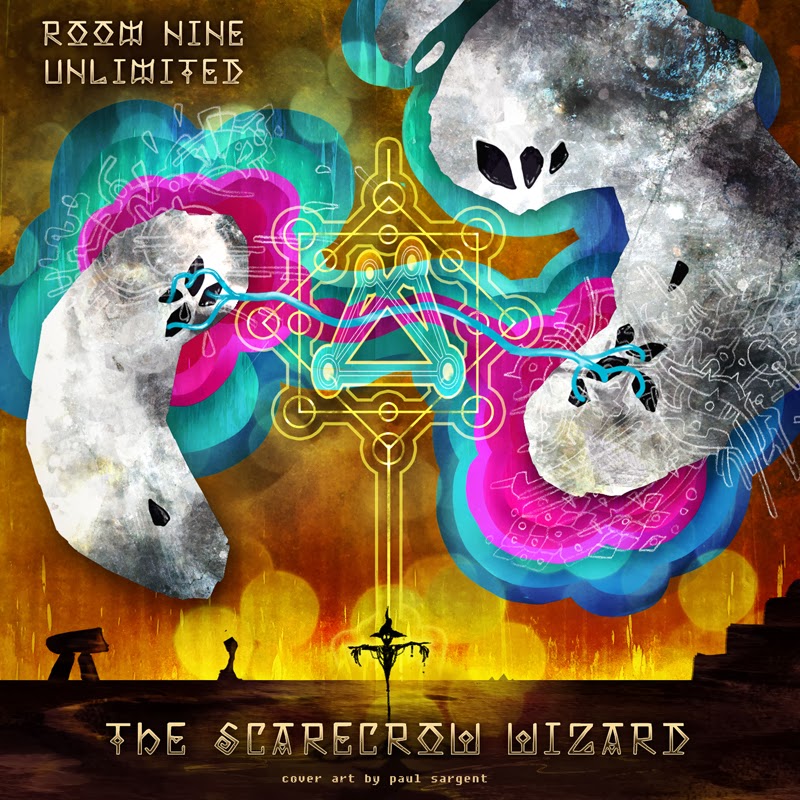 The album itself is an explortation of ambient electronica verging on the lighter side of progressive psychedelic trance. Paulo had found my work through a previous album cover that I had worked on and was perfectly content to give me free reign as far as the design went.

Sooo, finally landed back at home after another long summer mostly spent outside in various fields involving 7 festivals and one european juggling convention.

Had the pleasure to do some Decor work for Symmetry festival and Mischief festival this year, nothing quite beats living in a field for a week, waking up armed with paints and powertools every day. 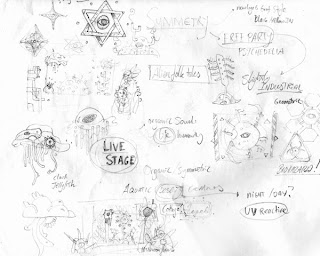 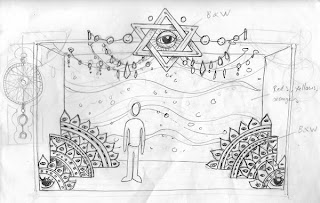 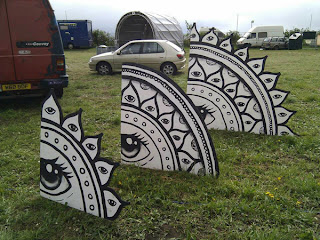 I was later told the live stage had already had a theme decided upon, but they thought the fans could fit in anyhow: 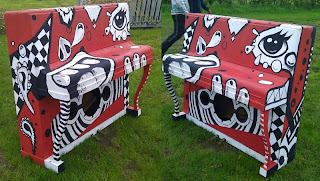 and then I was given a piano to paint as another st
age dressing prop. 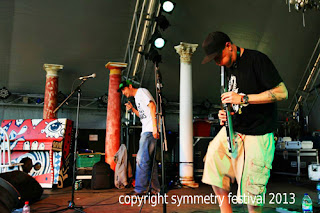 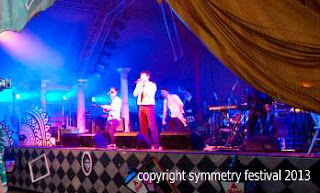 So I was recently accepted as a board member/representative of the British YoYo association as their official artist. first port of call is the poster for the upcoming UK nationals: 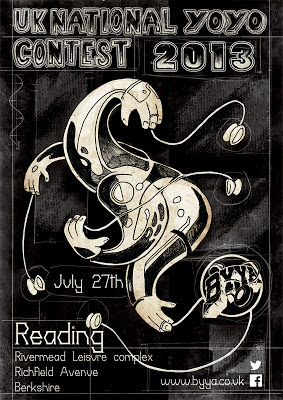 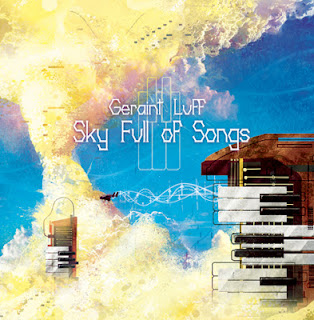 So, I have landed back in england after 5 months, Ready to show y'all this album cover for Cambridge based producer,programmer and musician Geraint Luff, I did this project shortly before going off on my travels.
Have a Listen to Geraint's calming & uplifting electronica on his website http://geraintluff.co.uk/ 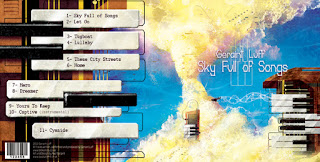 couple pages from my travel sketchbooks: 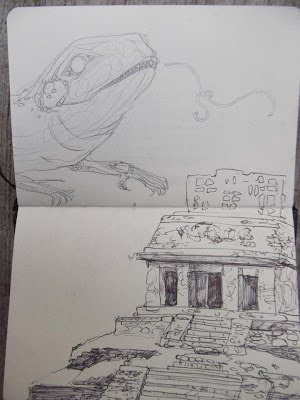 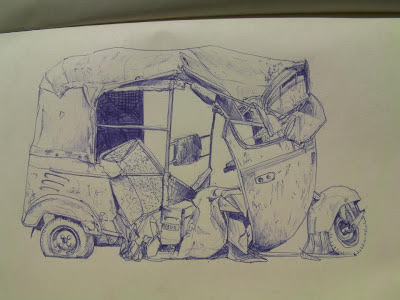 Im in varanasi right now which is crazy colourful, a very visual place so watch this space, more to come! 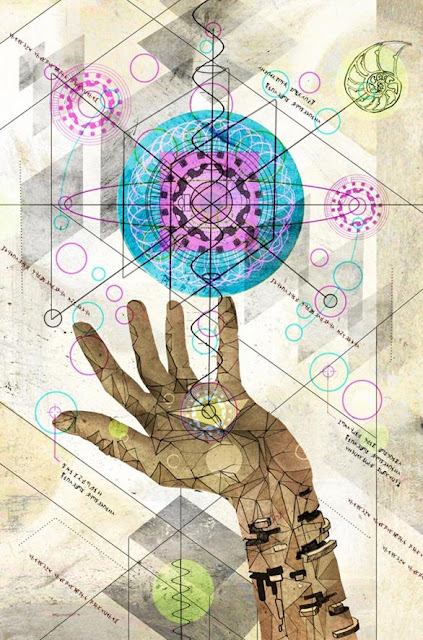 Editorial Illustration for this months Architectural Review, the article is about programming, software and creativity in architecture.
I had alot of fun doing this piece, its an image playing with shape, space and texture communicating abstract digital ideas yet grounded with the use of found and scanned textures/hand made drawings.
http://www.behance.net/gallery/Architectural-Review-Editorial/5952559

Paul S
PORTFOLIO: www.flickr.com/photos/sargentillustration/sets/72157626239984070/
My work involves relationships between shape, form and implied space, the drive to understand our world better, crazy geometry, texture, mad charachters and explanatory diagrams all based on a strong love of pure drawing. I also have a behance portfolio: http://www.behance.net/paulsargent all images are remain copyright Paul Sargent